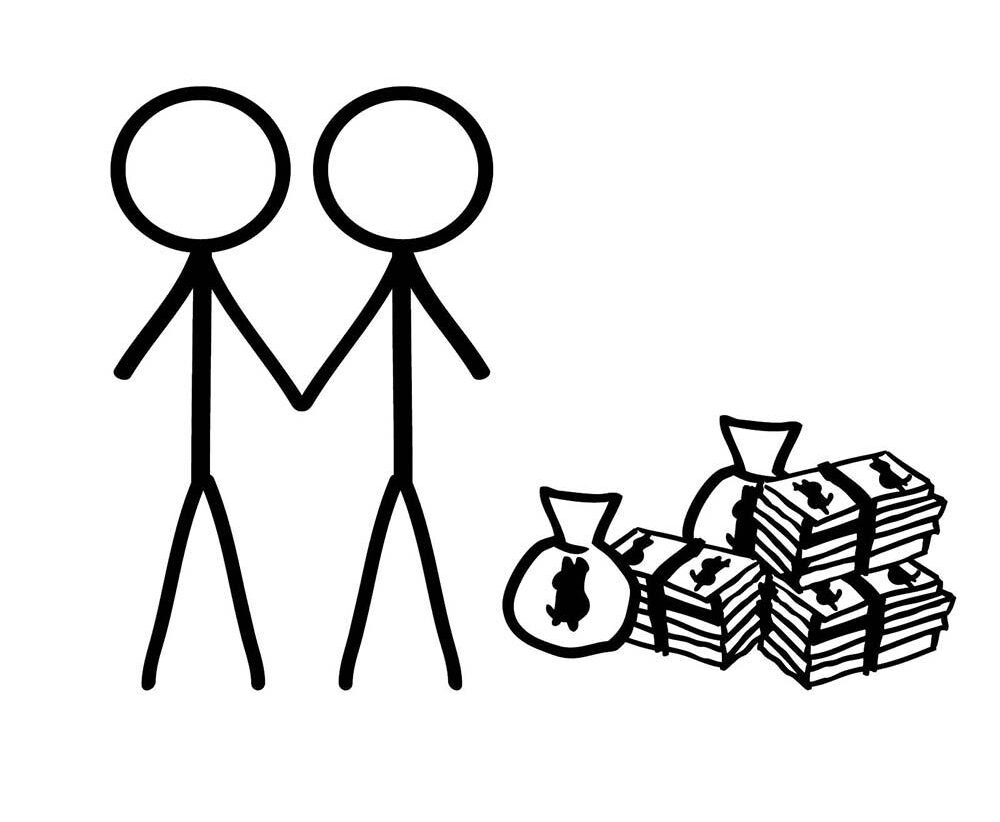 The breakup of Gwyneth and Chris thrust the idea of amicable divorce into the spotlight. The term Paltrow used in describing the process they used was “conscious uncoupling”- which begs the question: what about conscious coupling?

Sometimes people have a misconception that prenups only protect one party’s wealth. That is true in a lot of cases; however, a prenuptial agreement is not only meant to protect the person who has more money (the “monied” spouse). It is also meant to protect the person who’s giving up their right to what they would have been entitled had they not signed a prenuptial agreement.

Take some cases from Hollywood as examples:

Elin Nordegren & Tiger Woods: Nordegren originally signed a prenup valued at $20 million if she stayed married to Woods for ten years or more. She eventually “re-wrote” the prenup and received over $700 million after Woods’ extramarital affairs were made public.

Catherine Zeta-Jones & Michael Douglas: Zeta-Jones would receive $2.8 million for every year she was married to Douglas if they were to divorce.

Denise Richardson & Charlie Sheen: Richards was guaranteed a $4 million lump sum if it could be proven that Sheen cheated on her.

If you have children from another marriage or a family member that needs protection, then another possibility is to set up a trust or him or her. As the grantor (the person who establishes the trust), you have the sole discretion as to whom you want to be the trustee (the person who manages the trust) and the beneficiary (the person who receives the benefits). However, be sure to seek out a good trust and estate attorney and an accountant who can help guide you through the process.

A postnuptial agreement (entered into after marriage) is always an option. External events can prompt them, or the spouses may simply see the writing on the wall, and to move forward in their marriage, they decide to divide their finances.

There are usually strong emotions surrounding prenuptial agreements. Still, I find them to be an excellent way to alleviate any financial stress for both partners while at the same time providing security for the future. When both partners feel emotionally and financially secure, then they have an excellent foundation for a successful marriage.

What questions do you have about prenuptial agreements?

2 Replies to “A Dive Into Consciously Coupling With Prenuptial Agreements ”